A community of care 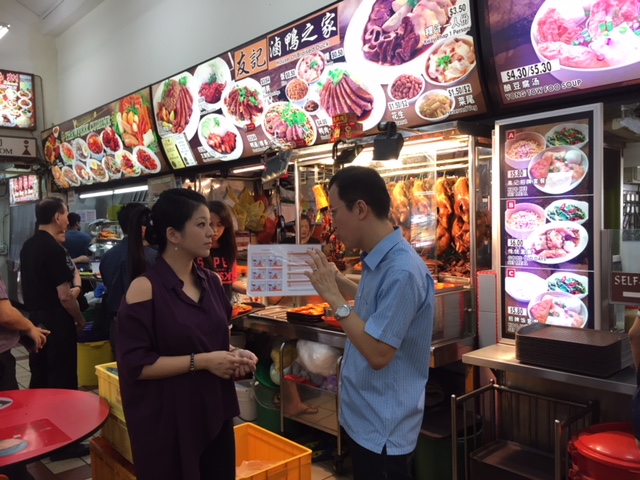 Eunice Seah, the second-generation owner of House of Braised Duck, being shown the placard.

A familiar Bishan landmark, the 24-hour Kim San Leng kopitiam, has taken the lead to come onboard a Lien Foundation initiative, Forget Us Not, to build a dementia-friendly Singapore. The stall owners and staff of the 10 stalls have undergone or will be undergoing an hour-long free training to learn about dementia, recognise its symptoms and find ways to support persons with dementia (PWDs) in the neighbourhood.

The staff at the kopitiam regularly serve seniors and some, who have dementia. Second-generation owner of House of Braised Duck, Eunice Seah, shared about a regular customer in her 70s who comes to her stall everyday by herself and orders duck rice. After putting in her order, she would later order another one. “Her daughter had told us to take care of her and to not let her over-order or eat too much,” said the 32-year-old. She added the senior has been coming to her stall for over 26 years, and when she comes, they would not charge her for her meal.

She and her staff have gone through the training and found it useful. “We have learned to be more patient with them and more tactful.” She shared that they would sometimes hold the seniors’ arms a bit and they would be “appreciative of it”. Eunice shared that she usually sees the same two seniors a month with dementia.

Besides the kopitiam, other stores in the Bishan East-Thomson constituency are keen to take up the training. Owner of sundry shop, Bess 8, Loh Choon Seng, said the training will help his four staff to identify and treat those with dementia better. He shared that he has some seniors who would take his products and leave without paying, and his staff would approach them and talk to them. The training will also help him and his staff understand more about dementia. “I am supportive of such training as we are all ageing,” said the 64-year-old.

The Bishan East-Thomson constituency is the second area after Yishun to join the Forget Us Not initiative. The constituency, which has a precinct of 56,000 households, is ageing faster than most of Singapore. The area has five percent of people aged 80 and older, double that of the national average which stands at 2.5 percent. However, there is no data as to how many in the area have dementia.

The Forget Us Not initiative, which started two years ago, aims to build a community of care where as many people stretching from the kopitiam stallholder, bus driver and cashier to the back teller, grassroots leaders and the public are trained to support those with dementia and help them lead active, engaged lives for as long as they can. Besides Kim San Leng kopitiam, others like the Bishan Merchants’ Association, Bishan Community Club and REACH Family Service Centre have also come onboard, and their staff, volunteers and members will be undergoing the training. 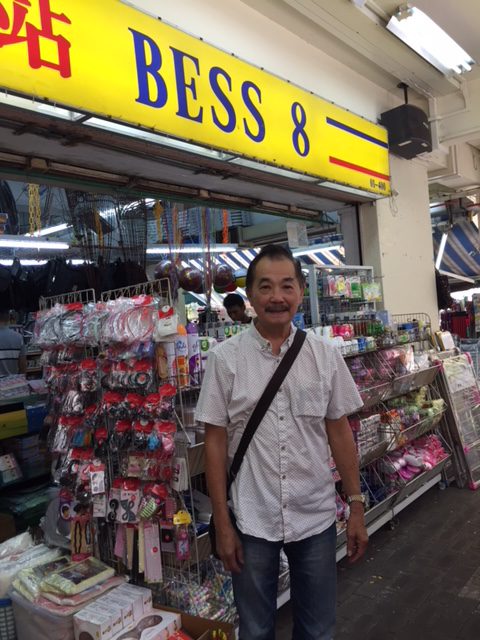 Taking it a step further, there is also outreach to the public. At Kim San Leng kopitiam, there are eye-catching decals on the tables showing common issues PWDs might face such as mixing up food condiments or forgetting the function of everyday items. For instance, a picture of a cup of tea with chilli floating on top highlights how someone with dementia may illogically ask for chilli to be added in the drink instead of sugar.

The decals, which were developed in consultation with healthcare professionals, offer glimpses of some of the daily struggles of those coping with the condition. They are designed to capture public interest, foster empathy, and spark ideas and discussion on how the community can better support PWDs and their caregivers. They also prompt people to learn more about the Forget Us Not initiative and to sign up as a “dementia friend”. The stall owners also have a reference placard on what to do and what not to do when dealing with a PWD.

Still lots more to be done

The Well-Being of the Singapore Elderly (Wise) study released recently found that one in 10 people in Singapore aged 60 and above have dementia, which works out to an estimated 78,000 people, most of whom will continue to live in their homes. As age increases, the likelihood of those having dementia increases to one in two for those aged 80 and above. The study led by the Institute of Mental Health (IMH) interviewed almost 5,000 seniors and their family members. The Wise Study estimates that half of people aged 85 or older nationally could have dementia. Dementia is incurable; it inflicts caregiving burden and robs the PWD of doing basic tasks. Explained Lee Poh Wah, CEO, Lien Foundation, “A dementia-friendly community is really a senior-friendly community and where dementia is normalised.”

The Forget Us Not initiative has so far trained 700 staff in public transport, 3,000 staff in the finance industries such as banks, and some retailers. In Yishun alone, there are 3,800 dementia friends. They have also made available a Train the Trainers guide where companies can incorporate the Forget Us Not training content into their regular staff training. 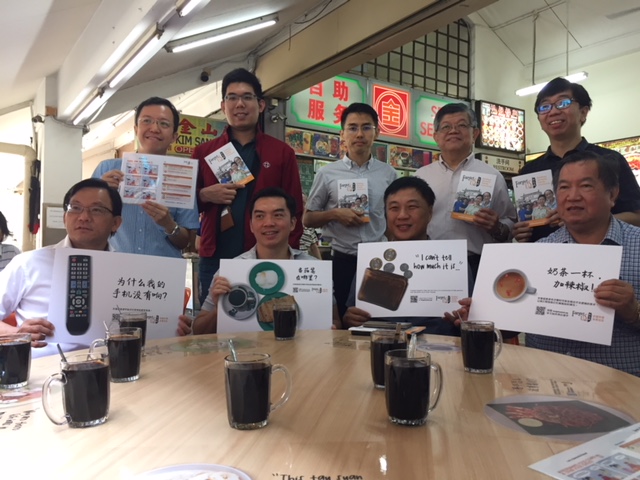 Plans are already afoot in Bishan-East Thomson to add to those numbers and to train 3,000 dementia friends in a year and bring awareness of dementia to the constituency. In the next 12 months, Chong Kee Hiong, grassroots adviser to Bishan-Toa Payoh GRC GROS, and MP for Bishan-Toh Payoh GRC, said they will be reaching out to more people and organisations including schools, coffeeshops, kopitiams, shops, banks, etc. There will also be some activities planned like getai, talks and an art contest for primary and second schools surrounding the theme – caring for our elderly, specifically those with dementia.

Added Poh Wah, “We are still far from our dream where dementia-friendly communities can progress from being an exception to the national norm. Many people with dementia still live isolated lives shrouded in stigma – which we hope we can change with time.”