A journey of perseverence

Singaporean batik painter Sarkasi Said has had many lows and highs cultivating his passion. 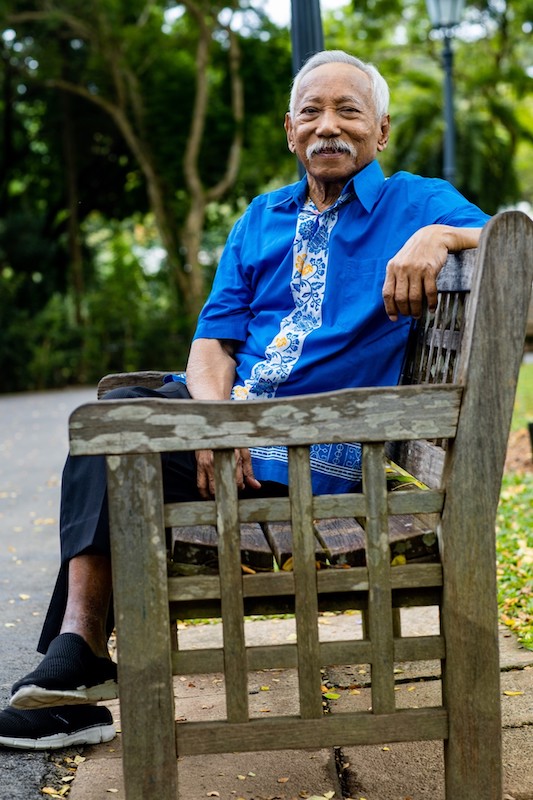 If Singaporean Sarkasi Said didn’t end up being a batik painter, he would have become a lawyer, which was his second option. But thanks to his determination, he stuck to his passion despite the difficulties he faced and persevered. Today, 81-year-old Sarkasi, or “Tzee” is enjoying his hard work and the trail of colours he has left behind.

At a young age, Sarkasi was often fascinated by nature. It was natural as he was living in a kampung and was surrounded by nature. “I thought there was something nature would want us to know – how the plants grow and the beautiful colours. I started to love nature and wanted to be close to nature.”

When he was about three, his parents who were separated left him to be raised by his grandparents. His grandfather was a house builder, building houses in Jalan Eunos area, while his grandmother was a batik dealer. As they would often come home late at night, during the day he had nothing to occupy himself. Sarkasi shared that his friend had a flower garden and allowed him to come by. He used this opportunity to sketch the flowers he saw on paper. As he couldn’t afford to buy pencils, he would instead use the charcoal in the garden that was previously used for burning.

At around 16 years old, he visited the Kallang River and saw students using watercolours and the teacher invited him to come and sketch. He was interested in art but he shared at the time, not only could he not afford to study art but no parent would allow their children to do art. But his passion continued to drive him forward. A few years later, he attended an exhibition where an Italian artist from Positano was using the wax-resisting technique in batik. “I felt why shouldn’t it be someone here in Asia to do this?” shared Sarkasi.

He added: “I really like art as it is the only way for me to express myself.” He had met someone who gave him dyes but he didn’t know how to use them. “I would use whatever I had.” He would do sketches and sell them from S$3 to S$10. He would use the money to buy paper and other items he needed. “It was survival for me,” he explained.

Hooked on wanting to learn more about batik art, he decided to travel extensively at the age of 18 around the region including Malaysia and Indonesia. “When I had money from the sales of my work, I would leave Singapore and go learn. I hitchhiked from one city to another in Indonesia to learn from the professional artists doing batik art. However, some of them didn’t want to share as it was their bread and butter. I looked at it as an experience. Sometimes I looked into the studio and walked off; I took things as it went.”

It was in 1970s that Sarkasi rose to prominence. It was during that time when the National Trades Union Congress held a nationwide design competition and his design of an orchid for the Singapore Dress was selected. After tasting success, he chose to branch into batik painting on dresses, and people began referring to him as the “Baron of Batik”. These batik-print dresses were sold at Tzee Creation, a company he started with four other partners. He also expanded his range to include batik designs on shirts, scarves and other products that were sold locally as well as abroad.

“I didn’t expect my work to be well-received. If I am doing it with all my heart and doing the best I can do, then the pieces would be liked by people and they would want my works.”

Though his company is now defunct, today he mainly focuses on commissioned works and doing the occasional batik-painting workshop. He is known for his use of the wax-resisting technique, bold colours and no surprise … nature. He has had exhibitions showcasing his art form in various countries including Brunei, France, Indonesia, Japan, Philippines and US. He has also volunteered as an art teacher at the Khalsa Crescent Drug Rehabilitation Centre where one of his students held his first batik art exhibition in 1993.

During his remarkable journey, he has enjoyed a number of highlights. The People’s Association launched a set of commemorative EZ-Link cards featuring his trademark orchid batik design for the Chingay celebration. His works have donned the halls and offices of notable figures worldwide including the Sultan of Brunei, King Harald and Queen Sonja of Norway, and the President of the Republic of Singapore. In 2003, he broke the World Guinness Book of Records for the world’s longest batik painting measuring 103.9m by 0.55m. And, most recently, he can add the Cultural Medallion to his many achievements.

Passing on the knowledge 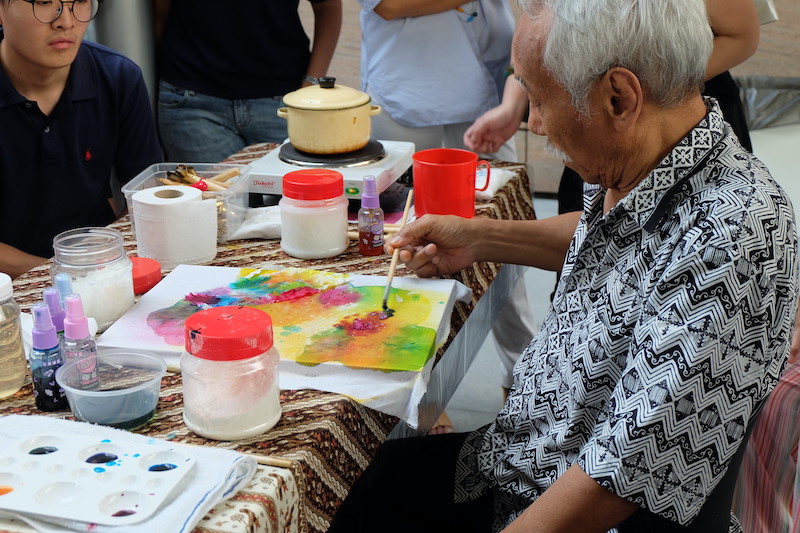 Batik masterclass with Sarkasi Said in 2017 by NUS Museum.

So, what’s next for him? The grandfather of seven shared that he wants do a book on batik art focused on the techniques and philosophy, and continue to develop batik art particularly with the younger generation. He has already been an influence to many individuals including his son, Ika Zahari, a former auxiliary police officer who is now a full-time batik artist. “Batik is not just a technique. Every stroke has a meaning. You need to incorporate what you learn and then add in your own style.”

He added: “Art is continuous, there is no full stop. Art will still develop whether I develop it or someone else develops it. Even when someone is gone, art will still continue.”