This 79-year-old never thought he would get kidney stones as he takes sufficient fluid and has no family history. 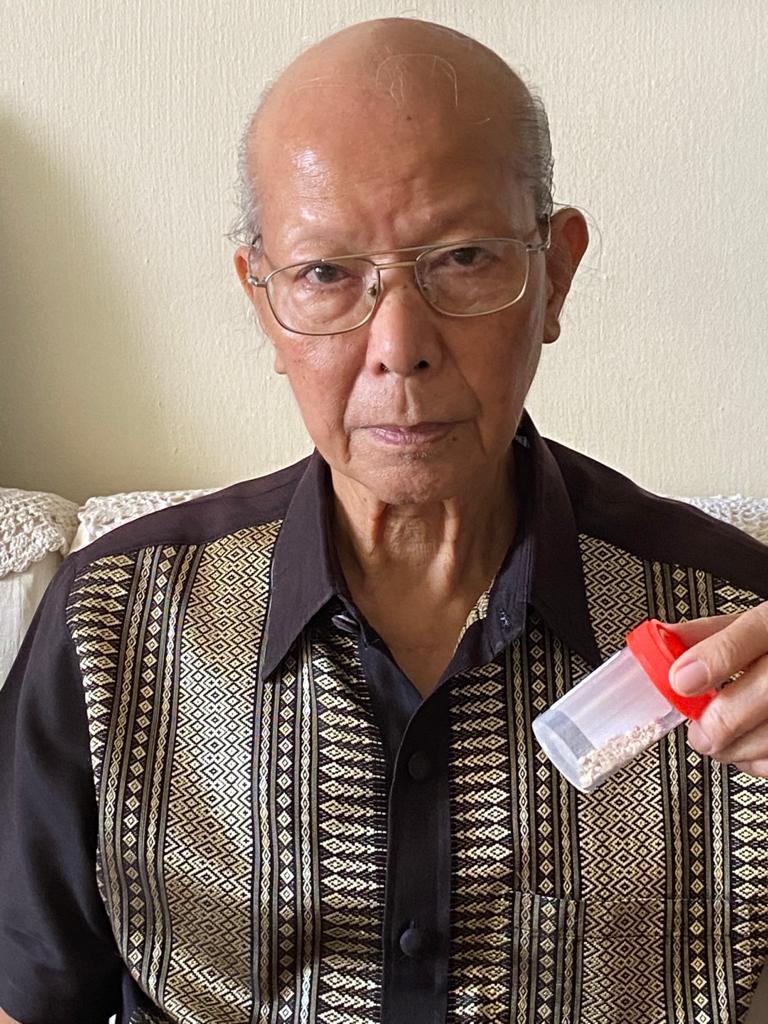 Chow Tien Choong with fragments of his extracted kidney stone.

“There were no symptoms. I did not feel any pain or anything. It was just blood in urine,” he said.

As he was going to see his doctor for a follow-up in 2019 on his prostate as he had prostate cancer in the past, he made it a point to bring up the issue on the blood. His doctor immediately sent him for an X-ray and the results came back that he had two kidney stones – one the size of 2.4cm on the left side of his kidney and another, the size of a pea on the right side of his kidney.

He was initially scheduled for surgery in April 2020 but due to COVID-19 outbreak, it was rescheduled for September 2020. Before the surgery, another X-ray was done and his kidney stone had increased from 2.4cm to 6.8cm. As the kidney stone was large and complex, he was advised by doctors at Tan Tock Seng (TTSH) to go for endoscopic combined intrarenal surgery or ECIRS, which combines the minimally-invasive Percutaneous Nephrolithotomy (PCNL) treatment with the use of a small and flexible telecopy called the ureterorenoscopy. According to TTSH, the advantage of ECIRS is that it is more efficient in clearing the stones and may reduce the need for repeat surgeries as well as repeat anaesthesia. Tien Choong was supposed to be hospitalised for three days but on his last day, he had a fever and stayed on for another two days.

The grandfather of five added, “The medical equipment there is very advanced, and the doctors and nurses took good care of me. All this gave me extra confidence and so I let go and let them do whatever they wanted to do for me. I had nothing to worry, I trusted them completely.”

Since his surgery, he continues to do the same as before, with no lifestyle modifications including drinking his eight glasses of water. He was not given any long-term medication, but he makes sure to go for his follow-ups with his doctor to make sure his kidney stones do not reoccur.

The retiree, who used to work at the Inland Revenue Authority of Singapore (IRAS) where he assessed tax forms for over 40 years, shared this advice to others – “If you are unwell, see a doctor immediately. Do not suffer in pain and in silence. The doctors are here to help and heal you, not to harm you.”