An app for seniors

An ex-nursing home manager from the UK has recently introduced an app that keeps seniors socially-connected. 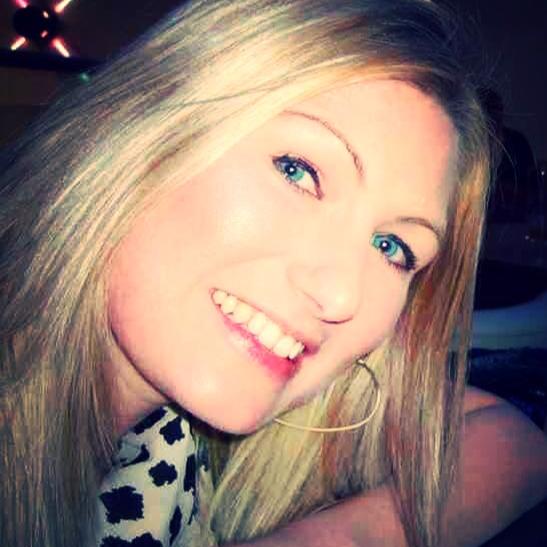 Sarah Wright, the person behind the Senior Citizen app.

An ex-nursing home manager in the UK, Sarah Wright, found that there is no app at the time available for those 60 and above so she decided to come up with one. Called Senior Citizen, the app, which was launched in October, puts all the information useful to seniors in one place so they don’t have to go to Google search or get overwhelmed with all the information on the Internet.

The app (costs £1.99 (around S$4)), which is available on iPhone, iPad and Android, gives seniors up-to-date event information, legal advice, holiday advertisements targeted to them, links to dating sites, and recommended books and magazines.

Ageless Online chats with the 39-year-old on her new app:

Is this your first app that you have come up with? Why come up with this app for seniors?

Also, I felt there weren’t many apps available for those over 60s that keep them socially-connected. This will allow them to be less isolated and in turn, less depressed.

With the numbers not that high – according to the US Pew Research Center survey done in 2013, those 65 and over who use their smartphones the least (18 percent) and only 56 percent use the Internet in the US – so why do it at this time?

I feel we are indeed an ageing population and that older people should be included in the changing future. I have not gone back to work full-time yet as I am doing a university course, and I wanted to do something in my spare time that might benefit other people. 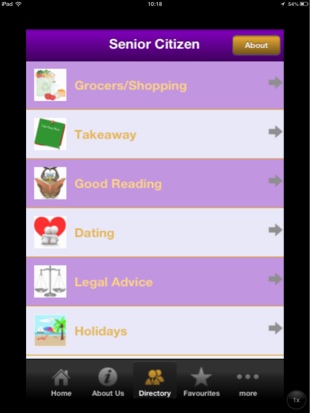 The Senior Citizen app puts all the information useful to seniors in one place.

Did you test your app before the launch?

The developer had a preview app programme and I got all my family and friends to test it and asked for comments and suggestions. One of them was my good friend who is 68 years old and she had written a book. From her feedback, we included a section called “good reads”.

Are you able to reveal how many have bought your app and from what countries?

I’ve not had many sales so far, but it is still in the early development stage. You might ask the question – why have I released it before it is perfect? It is because I want wider feedback and suggestions. Once it is purchased, people will automatically get all the new content and features, and the price will always stay the same.

What are your goals for your app?

To make it useful, helpful and fun for seniors to use.

Will there be advertising on the app?

Yes, there will be holiday companies that want to advertise to mature travellers. I hope to add destination reviews from people as well. Also, I may have some banner advertisements in the future, but only of recommended companies or charities related to seniors/elderly. 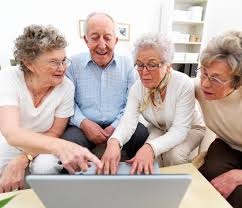 Those 65 and over who use their smartphones the least (18 percent) and only 56 percent use the Internet in the US, according to a Pew Research Center survey.

Are you planning to add more features as you go along?

Yes, I hope to add more features as it progresses. I am also regularly asking people for feedback on what they might want in the app.

Obviously with the diversity of different cultures, I haven’t covered a lot of ground yet, but I hope to learn and get feedback, and hopefully, I will also get some partnerships and friendships in other countries. I am always learning and want to continue to add more of what people want and need of the information.

Do you think the name of your app puts you at a disadvantage, as some seniors may not want to be called senior citizens?

Perhaps so, I had thought and worried about that, but I see the meanings associated to the word ‘senior’ – respect our elders, seniors being more knowledgeable, experienced, etc. I do hope that the message will come across as I don’t want anyone to feel patronised or anything. I hope people will understand that and come to like it.

You mentioned you are the only app tailored for those over 60. With a growing ageing population worldwide, I would think there would be more apps. Why is that?

I am afraid I am not sure. I found most of the apps are focused on games and shopping, or more functional apps like diaries, social media, etc.