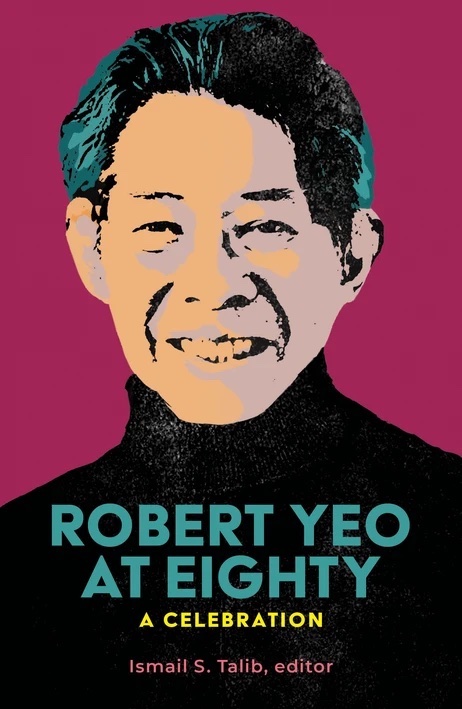 Robert Yeo, a poet, playwright and novelist, is a respected figure in Singapore’s literary community. For his 70th birthday, he was surrounded by 100 people including long-time friends and former students from the National Institute of Education, where he lectured, at an event supported by the National Arts Council.

This year is no different. In celebration of his 80th birthday, NUS professor Dr Ismail S Talib has put together a 224-page book called “Robert Yeo at Eighty: A Celebration” consisting of tributes from Robert’s friends, both locally and abroad, including from Singapore – Catherine Lim, Ovidia Yu, Rajeev Patke and Suchen Christine Lim; and, internationally – A Robert Lee, Paul Sharrad, Chetana Nagavajara and Alfred Yuson. The book is published by Epigram Books.

Growing up in a kampong in Hougang, Robert has a number of poetry collections including “Coming Home Baby”, “And Napalm Does Not Help” and “A Part of Three”, and has been included in several anthologies, including “Five Takes”. According to Singapore Infopedia, his last poetry collection “Leaving Home, Mother” “was a tribute to his Peranakan mother, with whom he wished he could have communicated more fully in the language of his art”.

He has also ventured into novel writing with his book – “The Adventures of Holden Heng” about the sexual education of its anti-hero. He has also written several plays including “Are You There, Singapore?”, “One Year Back Home”, “Second Chance”, “The Eye of History”, “Changi” and “Your Bed is Your Coffin”.

Robert was also awarded a Public Service Medal for his contribution to drama in 1991, as well as the Southeast Asian Writers Award in 2011.