Silver Arts is back and has a new component – a showcase of short films that explore and engage with seniors. 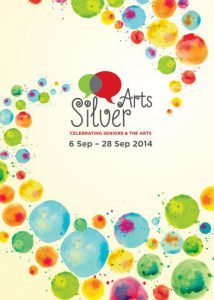 Annual arts event for the silver community, the Silver Arts 2014, returns this year, from September 6 to 28, 2014. The Silver Arts programme by the National Arts Council (NAC) advocates the meaningful possibilities seniors have in the arts. The year, the third edition, will feature 45 programmes, workshops and exhibits for seniors. All programmes are available free of charge.

A brand new component in the programme is Silver Films, a showcase of two local short films that explore and engage with seniors. The newly commissioned films – “The Secret Passion of Mdm Tan Ah Lian” by Sun Koh and “I Am A Beautiful Beach Whale By The Straits” by Ng Xi Jie – will be showcased, alongside three films by local filmmakers. The films will be screened from September 7 to 20 at various locations including GV Vivocity and Plaza Singapura. Though it is free admission, pre-registration is required at http://bitly.com/silverfilms.

Other highlights to this year’s Silver Arts programme are: 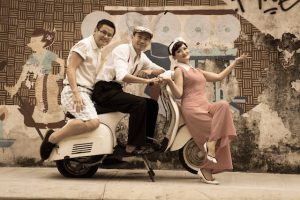 "Kopisusu" – A concert play that has nostalgic sentiments of the 1950s and '60s. (Photo credit: Kopisusu)

• Kopisusu. A concert play – Making its Singapore premiere, “Kopisusu” is award-winning concert play by Malaysian production house, Udiyap Music. The jazz-infused performance features lighthearted, Nanyang-flavoured songs intertwined with nostalgic sentiments of the 1950s and ’60s. “Kopisusu” is helmed by acclaimed director James Lee and stars Malaysian singer-songwriter and performer, Yudi Yap. The concert is on September 6 at 3pm and 8pm at Kallang Community Club. It is free admission but pre-registration is required at: http://kopisusu.peatix.com.

• Silver Stars – Our Music Party! – Silver Stars 2014 celebrates the musical talents among seniors that embrace the music novices and aficionados. Move to the pulsating rhythms of senior drummers led by young musicians from Ding Yi Music Company; bask in the harmonious singing of the 55-year-old Metro Philharmonic Choir; and dance to your favourite Western classical tunes and Chinese oldies, performed by Radin Mas String Orchestra and Friends, under the direction of veteran conductor Eric Lee. This musical party for all is conceptualised and produced by Liong Kit Yeng, alongside with artistic director Quek Ling Kiong. Silver Stars 2014 will be held on September 14 at 2pm and 4.30pm at The Plaza, National Library Building and is free to the public. 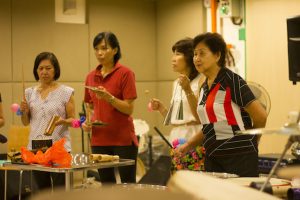 • Silver Arts Exhibition – Silver Arts is an annual celebration that features arts activities by and for older people, as well as for audiences across the generations. This year, the exhibition features a special segment – “Life Souvenirs”, curated by Angie Seah who invited four artists to conceptualise projects that encouraged seniors to express their individualism through different artforms such as ceramics, photography, sound art and painting.