The guidebook reveals how using the right or wrong words on the dementia community can make a difference. 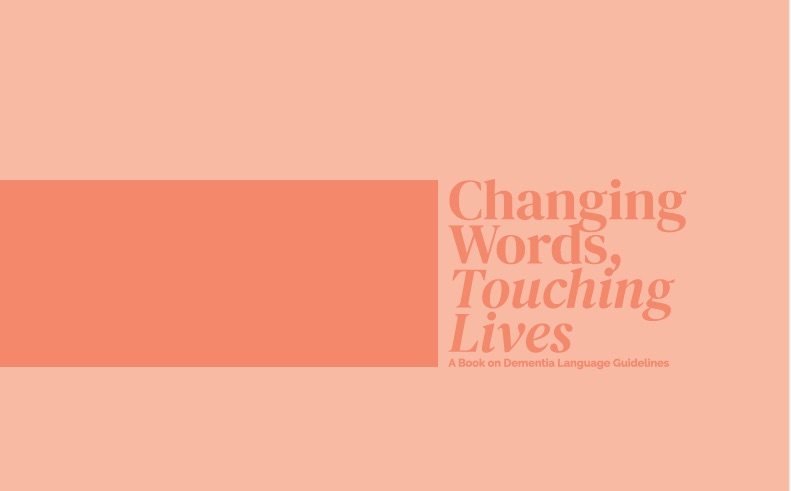 Alzheimer’s Disease Association (ADA) and Lien Foundation have launched their latest educational materials on dementia awareness – a guidebook of appropriate and inappropriate words and phrases to use when dealing with or speaking about dementia. The “Dementia Language Guidelines” is available as a hardcopy book, as well as easily downloadable glossaries in Singapore’s four official languages from the ADA website.

Adapted from Dementia Australia’s 2018 language guidelines, ADA realised a need to produce a similar version for Singapore. This localised version lists out preferred words and phrases, as well as terms to avoid, and is applicable in all situations – from casual conversations to social media posts and publicity materials relating to persons with dementia. For example, “dementia sufferer” is usually avoided when referring to someone with dementia, as “sufferer” contains negative undertones of someone who is disempowered or a victim. Instead, “person with dementia” or “person living with dementia” is preferred.

The Guidelines also include words and phrases in the Mandarin, Bahasa Melayu and Tamil mother tongues, allowing ADA to identify local slang words and offer more ideal translations. To achieve this, ADA worked with a network of persons with dementia, caregivers and volunteers from the various races and communities. Formal and colloquial terms were identified and discussed, as well as the context of when and where the terms would normally be used. From there, terms with negative connotations or those which may perpetuate the dementia stigma were then labelled as those to avoid.

“For me, respect is paramount when engaging anybody and this includes persons living with dementia. If the term used is not empowering but puts the elderly in a place of need and helplessness, it is not good. For instance, the Mandarin word ‘chi dai’ (痴呆) (痴: suggesting someone who is silly/foolish, and 呆: dull/slow-witted) is very negative, yet is still used today in the Chinese community,” said Wendy Wei, caregiver to her mother who lives with dementia.

Bearing the theme “words can hurt”, the book contains visuals of scarred human skin, with the scars spelling out hurtful words such as “empty shell”, “hopeless” and “demented”. The visuals are also printed on pull-out transition tabs on their respective pages. When readers pull the tabs, the hurtful words smoothen out and disappear. These jarring visuals coupled with the interactive element illustrates that the wrong words used can have a lasting impact on the dementia community, but that when proactive steps are taken to use the appropriate words, the hurt can start to heal.

“The way we talk about dementia and people living with dementia affects how others view the condition. So, communication is important in our fight against dementia stigma and must come before true inclusion in our societies can happen,” said Jason Foo, CEO of ADA.

“By adopting a person-centred care approach and being sensitive when talking about dementia and interacting with persons living with the condition, we can proactively acknowledge their feelings and behaviours, lest we run the risk of hurting them or perpetuating a negative stereotype and stigma about dementia.”

The Dementia Language Guidelines is part of the Forget Us Not initiative by the Lien Foundation, Khoo Teck Puat Hospital and ADA, that seeks to build a dementia-friendly community that enables persons with dementia to lead active, engaged lives for as long as they can.

Lien Foundation’s CEO Lee Poh Wah highlighted how the kind of language used to describe dementia can reflect and define a society’s attitudes towards people living with the condition. “Language has the power to shape our perception of reality and influence our behaviour. The use of inappropriate words, ill-informed or hurtful expressions about dementia can insidiously undermine the ongoing efforts to build a dementia-friendly Singapore as they tend to reinforce poor stereotypes and misperceptions. We hope that members of the media, healthcare sector and community-at-large will not only adopt these guidelines to speak about dementia in a respectful and non-judgmental manner, but they will also, in so doing, gain a better understanding of persons with dementia and their families,” said Lee.

For more information or to download the Dementia Language Guidelines, visit www.alz.org.sg/wordshurt.