Seven over-50s come together to start a social enterprise to help VWOs with video and photography services. 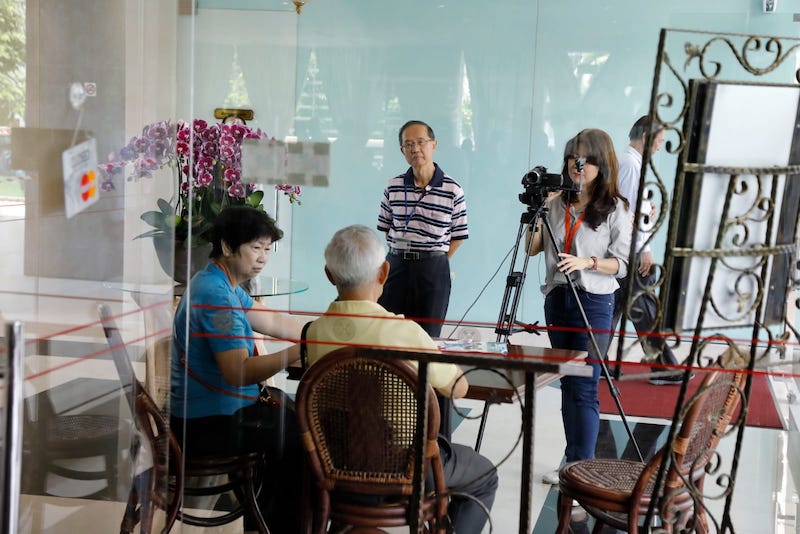 The seven founding members of VIP came from a non-profit’s interest group on video and photography.

Starting a company isn’t always about increasing one’s wealth. For seven over-50s and mostly retirees and men, it was more about fuelling their passions in photography and video.

The seven founding members (the oldest being 72, while the youngest is in her 50s) were initially together in a non-profit’s interest group on video and photography but they found they wanted to do more. Explained one of the team members, Woo Siew Wah, “We wanted to do a lot more as we were passionate about video and photography, and the opportunities were just not enough if we stayed in the organisation.”

They also discovered a gap – voluntary welfare organisations (VWOs) couldn’t afford such professional services. Added another team member 65-year-old Tai Yen Keong, “We thought we could help them at a low-cost way and through these services, help them raise much-needed funds.” So, the seven members got together, put in some funds and started a social enterprise called VIP (Videoing Interviews Photography) Media Services in November last year. Siew Wah serves as its managing director, while Yen Keong is the chairman of the board. 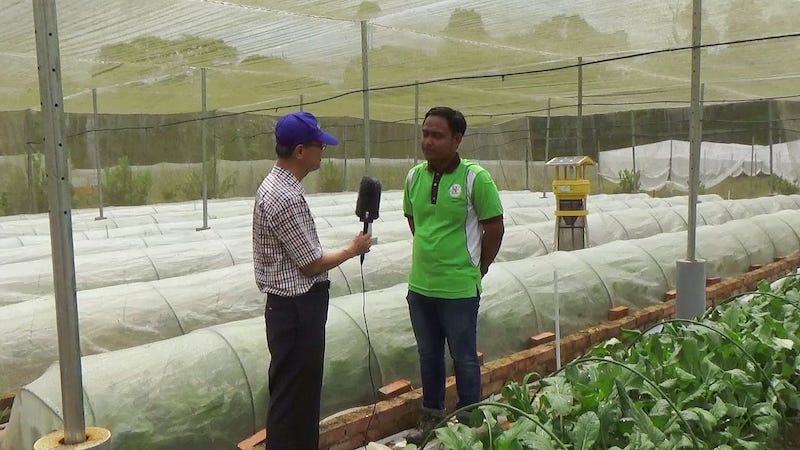 The organisation is hoping to help VWOs so they can in turn become known and raise much-needed funds.

Both shared how they got interested in video and photography. Siew Wah’s love is in capturing images through photography. A former senior manager of an MNC and director of a few of its subsidiaries, he started taking photos in his 30s but stopped because of work. However, he picked up the camera again 10 years ago. “Imagine, I started using film originally. Today, it is now digital. The changing of technology has enabled us to do so much more, and be more creative,” the 65-year-old father of three shared. Since retiring three years ago, he has been able to commit more time to his hobby.

For Yen Keong, an ex-businessman who ran a shipping agency and a freight forwarding company before he retired three years ago, he prefers video over photos and is self-taught. “When I travel, I enjoy taking video as there is more life in it rather than photos,” he shared, starting videoing in 2014 while on a leisure trip to China. But today, Siew Wah said: “Thanks to technology, the camera can now do both.”

When projects come in at VIP, all members contribute. The organisation has so far done a corporate video for an SME and photography for an alumni’s educational institution. “We still need SME jobs to keep us sustained at least for some time even though we want to focus on helping VWOs. We are at the point right now trying to build our track record and trying to win confidence among VWOs,” said Siew Wah.

He added that currently whatever monies gained has gone back into the organisation to be used for training, equipment, and transport and maybe later when there are excess funds, each member will be compensated. Though the hope is to build the equipment base in-house, currently, the equipment being used for VIP projects is owned by each of the seven members.

They also hope that through VIP, they can help grow a base of enthusiasts including seniors. “We want to groom more enthusiasts to participate in our organisation not just seniors but also students who want to come onboard as interns and want to learn something.”

Staying on top of technology 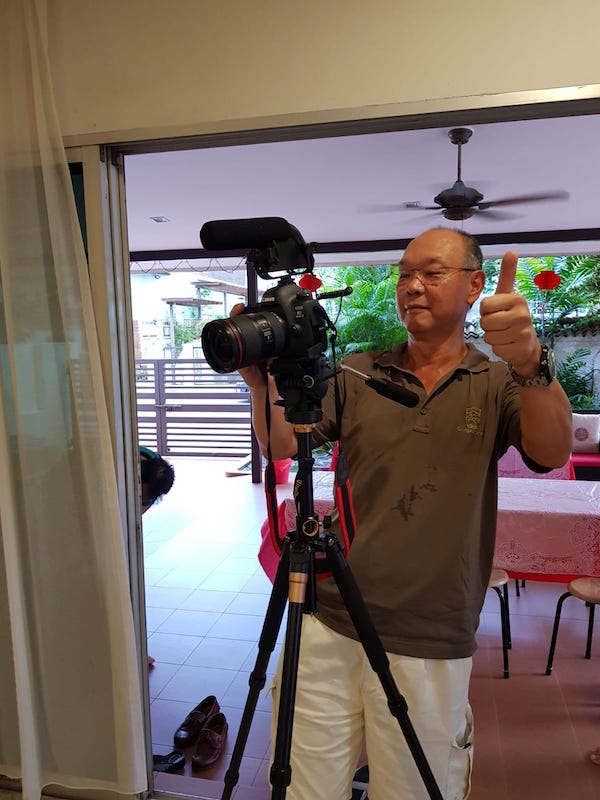 For the seven members, it is more about doing something they love doing.

Learning is paramount at VIP to stay on top of the ever-changing technology scene. Said Yen Keong, who mainly does video editing in the organisation, “I do take courses and intend to take more. Learning never ends as technology keeps changing.” Siew Wah does photography and interviews, and a bit of video at VIP. “Personally, I am passionate in picking up new stuff. I enjoy learning. Whatever equipment you have or processes, there is always something new to learn. We all enjoy being surprised, technology surprises us.”

Doing a photo or video project with a client is time-consuming. “Before even the start of a project, we would sit down with a client to understand what story they want to tell and we would give suggestions such as the best medium to do it. Let’s say we have to shoot an event, we have to be there early to familiarise ourselves with the environment and then we need to shoot the whole time of the event,” explained Siew Wah.

As such, VIP hopes to do at least one project a month and double that next year when its track record improves. “We are just trying to do good. We want to focus on telling the stories on behalf of VWOs who may not have the ability to do so. The satisfaction of something being used and contributing to VWOs’ successes would be hard to get if we didn’t do this,” said Siew Wah. Added Yen Keong, “Many VWOs are not known to society and we are trying to get them known. Only the established ones currently are.”

It is not only the satisfaction of helping a VWO, but the seven gain so much more as Siew Wah explained in his own way, “I enjoy doing what I am doing and enjoy doing things that keep me happy.”