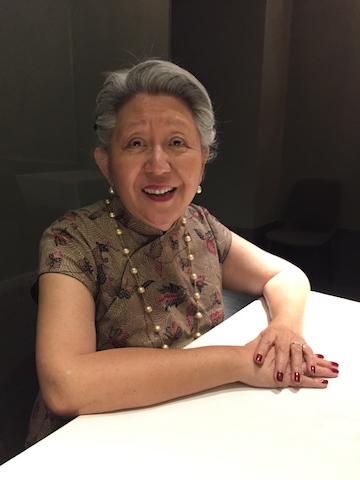 Pauline Ong did not look too much into it when she first experienced difficulty hearing in 2005. Once during a bible study session in 2008, when there were 10 to 12 people around the table, she struggled to keep up with discussions taking place about the lessons. “I was the leader and I couldn’t hear what was being discussed,” said the 71-year-old grandmother of one. At prayer time, she would peep to see if they were finished as she couldn’t hear that either. “I would sometimes say amen before prayer would end,” shared Pauline.

She also is a regular volunteer guide at four museums. She enjoys talking to visitors, but was worried during that time as she might miss out on their questions due to her difficulty hearing. “I am sure there were incidences when I had to ask them to repeat themselves.”

It didn’t stop there though. When she was driving, she couldn’t hear her granddaughter, Faith, talking behind her. Also, when she was with others, she found that she had to move forward to hear more clearly. 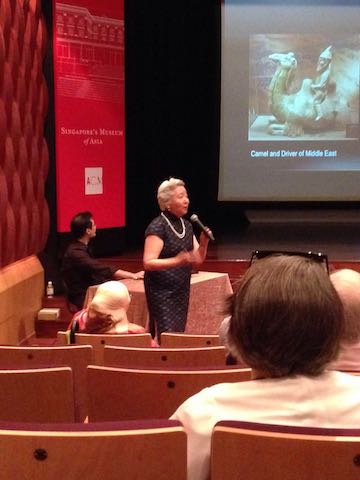 Pauline speaking at a museum.

Around 2007, she decided to not put things off and go see a doctor to see if her “ears were ageing”. She was given a hearing aid, however, she found it hard as she would have to adjust it regularly. “It was so troublesome and I decided to forget it and then pretend I could hear,” said Pauline.

She made a second attempt to visit an audiologist at a hospital five years later. She shared that she purchased a low-end hearing aid for about S$5,000 to S$6,000 for one ear, however, the device was fraught with problems. “It was crackling and I really got fed up. I put it in my cupboard and said goodbye to it and ‘you stay there’.”

The third time was a charm – Pauline found out about Nessa through her family and before her talk at a museum last year, the company fitted her with a hearing aid and the results were positive. “I was so happy as the five years before I felt I was living in a dream world. Now when people talk, I can hear and the hearing aid is comfortable to wear.” She also found that she need not set up appointments with the audiologist to adjust her hearing aid as it can be done anytime, anywhere, and in the comfort of her home. “I didn’t have to drive up and down anymore!”

She smiled, “When people now ask questions, I can hear!” 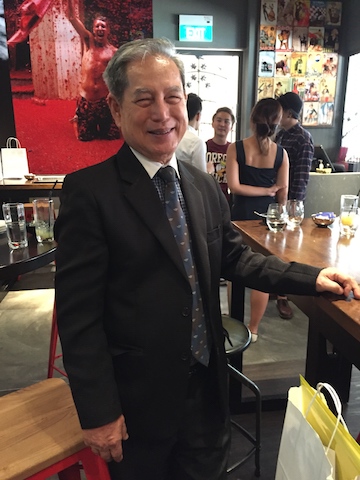 Because of her good experience, she shared it with her friend, Lt Colonel (Ret) Bob Cheah, who served in the Ministry of Defence for 23 years as a combat engineer officer. The 76-year-old shared that when he was younger, he had no problems with hearing. However, when he became a marksman, he said the regular firing affected his hearing and he had slight hearing loss.

However, his hearing got worse and four years ago, he went to see an Ear, Nose, Throat (ENT) specialist who found that his hearing loss had reached a severe stage. He shared that he bought five different hearing aids from low- to high-end and all had their share of problems. “The low-end ones like about S$2,500 were crude and had echoing noises and distortion. Even the ones that were S$12,000 were a problem. Even though I could hear a pin drop, I experienced too much ambient noise and I had to lay them off.”

Bob said that he would still attend conferences but strained to pick up what the speakers were saying and when people asked how the sessions were, he would just reply that they were very good! Also, he couldn’t clearly hear instructions from family while driving. When Pauline recommended the Nessa hearing aids to him, he got himself fitted with them in 2016. “I found they worked well; they are not crude and they are affordable. Also, no one knew I had them on!” There was once, he even forgot he was wearing them and he ended up washing his hair.

“After I started using Nessa’s hearing aids, interaction with my family, friends and colleagues have become less awkward. Previously, it was common for me not being able to keep up with the conversations happening during family dinners or meetings with my colleagues,” shared Bob. “After trying several brands of hearing aids, I finally found Nessa, and I have never looked back since. It gives me the assurance of knowing exactly what other people are saying and to hear correct information from them!”