A woman shares her experiences living in a Government rental with her mother and three uncles, and a growing extended family. 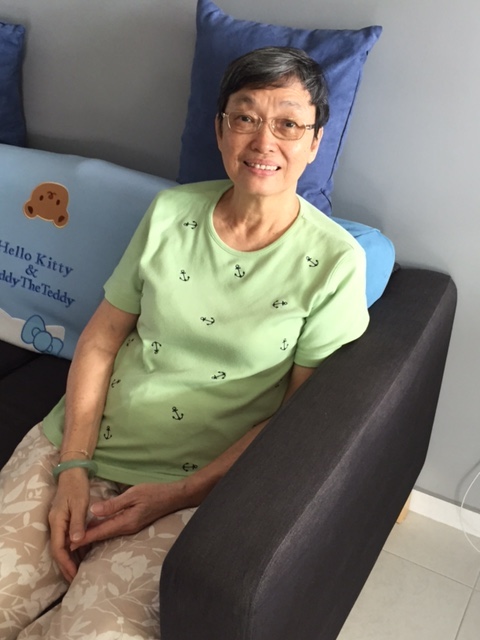 When I was four years old, I was living with my mother and three uncles in the Tiong Bahru area in a three-room Government rental flat consisting of two large rooms and a living room. I never met my Taiwanese father as he died before I was born. My mother shared that my father went back to Taiwan to settle his tumultuous relationship with his first wife in 1946 (the marriage with her was arranged), and that he would return after.

When he was there, he got on a train with my half-brother and was standing by the train’s stairs of the packed train, when he got pushed out. He fell out of the train and managed to still get up and go home but didn’t realised he suffered from internal bleeding. During those days, there was no medical team in the countryside and the family didn’t know so he passed away that day. The only memory I have of my father is from the family photos.

In the flat, there was one room reserved for my elder uncle (who paid S$60 a month for the flat) and his burgeoning family, once he got married. When one baby came, not even two months passed and my aunt was pregnant with another! Because it was happening so fast, my aunt couldn’t take care of the eldest child so he got passed to my mother and I (being the eldest) to take care. The flat had two long corridors – along one of those corridors was where my other two uncles’ single beds were. Besides that, my grandmother’s distant cousin was also living in the flat.

I lived in the flat till I was 20 years old and saw a fair bit in the flat. My aunt was not working while my uncle worked in the bank. She often times gossiped to him when he got home. Her gossiping centred on whomever she hated in the family and she would add further fuel to it, making it bigger and bigger. One Chinese New Year when we had to clean the house, my second uncle was around to help out. My aunt was very stingy and kept everything including her white school uniform, which she decided to wear that day. It didn’t quite fit but she didn’t care. When my uncle came home, she complained to him that the second uncle saw her bust. Though the uncle never saw anything, she however liked making up stories.

Because of this, the two brothers ended up fighting to a point where they pushed each other and one had blood on his head. My mother tried to shout to get them to stop but they continued fighting. I was 15 at the time and I also shouted to get them to stop. Since no one listened, I decided to pretend to faint. My uncles all loved me and thought it was real as I had epilepsy at the time. To say the least the shouting stopped. I had to do it as the situation could have gotten worse.

Also, last time, neighbours were very close unlike today. My neighbour, who lived in the corner unit, was a husband and wife who just got married and already had one child. The wife liked to come out and chit-chat with my mother. Once, when she was talking to my mother, the wind blew and her door closed. She had no key and her baby boy was inside the house and soup was boiling on the stove in the kitchen. We were worried that a fire might get started.

I was 15 or 16 at the time and I decided I could get into the house and open the door. The only way to do so was to step on a narrow structure that was on the side of the building, where birds often congregated. I climbed up (my uncles were all working and there was no one else who could help), and held onto a wooden railing so I didn’t fall. There was a two-foot gap, which I had to get across so I grabbed onto the railing on the other side to help me get over. We were on the highest floor – fourth.

My mother scolded me for being such a tomboy and I know she was worried about my safety. I told her not to worry. I managed to get into the house and open the door. My waist was 19 inches and my grandmother’s cousin called me a bamboo (I was light also and the structure could hold me) and said no man would want you. She always said she was the prettiest but she was also heavy. She didn’t dare go and was scared to die.

My mother would often argue with my aunt. I didn’t know why but most probably it was about her children. My mother took care of her children. If my aunt was not happy, she would beat her second son; the eldest was the one that my mother looked after and because of that, my aunt didn’t dare beat that son. My mother always scolded her to not beat him but she would continue to. She would use vulgar Hokkien language. One of her children, a daughter, died of pneumonia when she was two, and my aunt scolded her too.

Her father was rich and owned several petrol kiosks, and she was the youngest, pampered and had a princess-attitude. These were the stories that came out of my house at Tiong Bahru area.

Patsy Lim, 71, has three daughters and no grandchildren. She continues to stay active doing handicraft at home including patchwork and crochet, and is happy to teach handicraft to others. She used to be a handicraft instructor when she was working.