A 76-year-old shares what it was like when he was younger and the games he used to play. 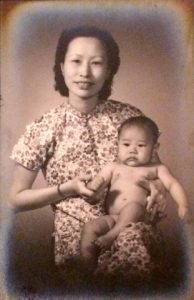 I was born in a bungalow at Upper East Coast Road in 1939, just before World War II. I only started remembering when I was three or four. I used to play by the seaside, which was in front of our bungalow. We also had another house that stretched into the sea, above the water, like a pavilion and there was a kitchen there. My parents would play mahjong there. My father was a businessman, my mother was his fourth wife and the only English-educated wife of all his wives and I was the 12th of 13th children.

My sister, a playmate and myself used to swim in the shallow waters. During those days, it was very clean and you could see fishes. We used to catch little crabs in the waters. Also, just before the tide rolled out, we would scrap the shore for little clams. We would put them in soy sauce and then eat the meat with porridge. After eating them, we would wash the clam shells and played games with them and used them as decorations as they were very colourful. Kids today don’t have this stuff any more.

Even at that age, we even knew how to convert saltwater fish to freshwater fish. It was all purely by accident. We had a tank, which we left uncovered and when it rained, the saltwater that was there slowly diluted overtime becoming freshwater. It was a slow procedure. The fish were ok but they weren’t as colourful as before. 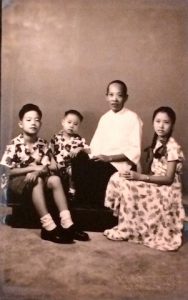 During that time, there were also a lot of wild fruit trees growing along the roadside called bua cherries. They were the small ones on the trees and we would eat them. Because they were sweet, they had a lot of worms and ants, which we only realised much later when we opened one up. Nonetheless, we still ate them! Guava was also growing wild in Siglap Hill and we would pluck them and eat them.

We caught fishes from the monsoon drain such as guppies. We had to fight against leaches in the drain so we would have to carry a bag of salt and put some of it on our legs when we had leeches on us as this would make it easier to pull them off. During those times, it was like something out of Mark Twain’s book “Huckleberry Finn”. We didn’t need toys as there was so much outside to play with. Our toys were like coconut shells. The older kids would sand them into ornaments and play with them. We made up the games. We had a lot of imagination. When I swam around, I would think I was in fairyland. I was highly imaginative when I was younger.

We played football and kicked it around, and we played softball or what we called rounders. We would shave off a coconut leaf and used the handle as a bat. It was very innovative. Old coconuts were used as markers. We also drew on the sand to play hopscotch and sometimes we would use the dead, sundried starfish to throw in the game.

We would make a lot of things. I remember we would put a nail through my father’s cigarette can’s round lid and attach it to a stick. We would then run around with it as if it were a wheel. Something like a wheelbarrow but with only one wheel! During that time, there was no TV as it only started in the ’60s so we mostly listened to radio. 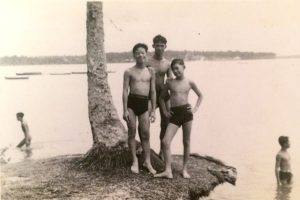 Tom at the beach which is in front of his family bungalow on the Upper East Coast Road.

My sister used to play masak-masak using the used condensed milk cans and metal plates from home as cups and plates respectively, and I would join in. When we went to the beach, we would dig a hole and use a coconut husk as fuel to start a fire and we would boil water. We would drop in fishes, shells or a crab to see what would happen. It was very fun; it was good memories.

When the Japanese came, they took over our bungalow and turned it into one of their headquarters and we had to then move to Boat Quay to a three-level residence-cum-warehouse. During that time, my father was still doing business, which was good, as the Japanese didn’t penalise businessmen. He was a member of the Chamber of Commerce and they needed him to distribute food and more. I can’t remember what exactly they needed my father to distribute but he was at the time in the import and export business, handling rice, rubber and spices.

A news clip of a charity performance to raise funds for St Andrew Children Hospital during the 1950s. Tom (right) was 11 years old.

I remember coolies used to work with us. My father was very kind and provided food and shelter downstairs to them. The top level was purely residences, second floor was the work area, and below, the warehouse and bomb shelter, and where the coolies would stay. The traumatic part was seeing the coolies when they were ill as during that time, there was no proper medication and sometimes I saw them die. I was five years old. That memory has been embedded in me. Some of them even committed suicide in the back lane and most of them didn’t die there so I remembered the coolies who worked with my father would carry them back to the warehouse to die. You could see them shivering, their eyes rolling, their tongue sticking out, and gargling. Having seen all this, when I watch horror movies today, they don’t frighten me, as I would often laugh.

We stayed in Boat Quay until the British came back in the 1940s. I experienced the bombings – a few of them even came into the warehouse and some got stuck mid-level, embedded in the floorboards. Thank goodness they didn’t explode as if they did, we would have died. Two or three came down to the warehouse level and landed on the flooring but did not explode. Sometimes, a fire would break out and the coolies would pour water on it but it only became bigger so they would quickly throw sandbags to extinguish it. At the end of the war, when the British came, we were playing and saw the bombs stuck in floorboard and started digging and pulling them out, not knowing the dangers. When my mother realised what they were, she covered them and threw them in the river. 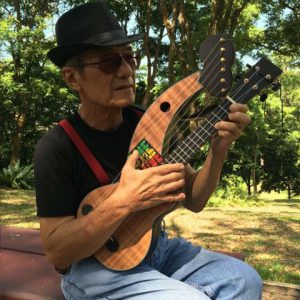 When I was nine or 10, my family moved back to Upper East Coast Road. The bungalow that was there was already blown up after the war, so we had to rebuild the house. During the digging, we discovered a lot of landmines that thank goodness, didn’t explode. My father got people to dig them out. During that time, life and the people were simple. On East Coast Road, there were a lot of cows as not many people were living there and there were lots of open fields. The Indians would bring their cows to the fields to graze and we would buy fresh milk from them. That was the most exciting parts of my childhood life.

Tom Low, 76, was in the entertainment business for six years and did advertising for another five years. He became a senior corporate executive before retiring from the business scene. The father of three and grandfather of four enjoys travelling, meditation, photography, playing the ukelele and singing.