A competition shows off seniors singing a wide range of songs, from country to Broadway music. 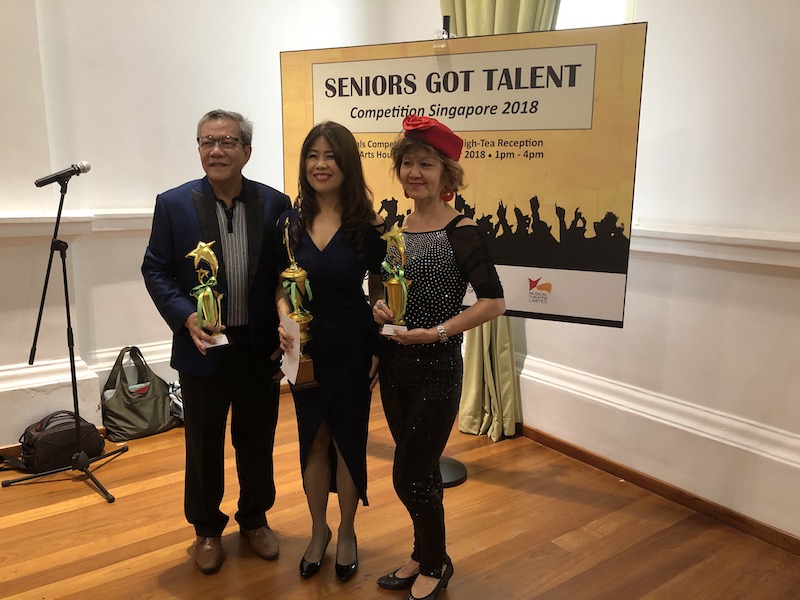 Last year when Karen Kon, who is in her 50s, participated in last year’s first Seniors Got Talent (SGT) organised by the Singapore Association for Continuing Education (SACE), she was nowhere in the top, and was actually unplaced. But this year, the story couldn’t turn out more differently. She was not only shortlisted to 20 from the over 30 contestants, and further shortlisted to 10 finalists, but she was also named the winner of this year’s competition.

As she likes singing musical theatre songs, for her performance at this year’s SGT, she chose “Someone like you” from Broadway musical “Jekyll and Hyde”. In the musical, the song is sung by a character called Lucy who is a prostitute involved with both the doctor and his alter ego. Sharing about having a second chance to try again, Karen said, “I decided to challenge myself this year. I love singing; singing is very active and lets you stand properly too.”

Coming in behind her in second place was “karaoke queen” as she is called, Barbara Ong. In her shiny outfit and red cap and earrings, she belted out a lively tune called “I don’t care if tomorrow never comes”. Confessing that she thinks of herself at age 28 rather than her true age of 64, she shared that she too loves singing and even sings at nursing homes when asked. She added: “You need to do things for the needy so life is worthwhile.” 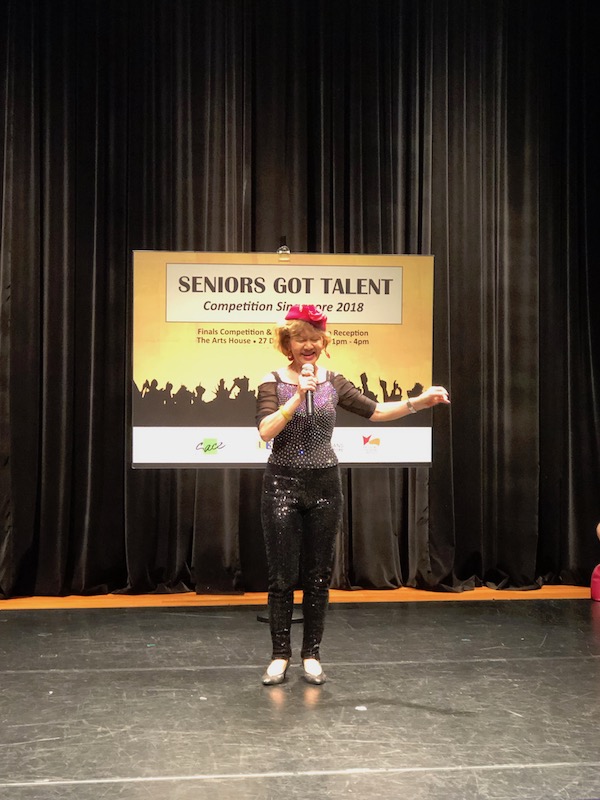 And to round off the top three spots was a sweet win for the only man, 72-year-old Ronnie Yek, who had his family in the audience including his wife, son and daughter-in-law, as well as his best friend. As he likes to sing and dance, he made sure to choose a song by Shaking’ Stevens called “Give me your heart tonight” where he could show off both his talents. The grandfather of two started dancing at clubs during his working days and it was only 20 years ago, when he picked up singing.

It was indeed a tough decision for the three judges to come up with the top three winners. One of the judges, George Leong from Musicians Guild of Singapore, called the 10 performances “enriching” and said: “All of you did well. It was hard to choose the last 10 after the pre-auditions. All could sing in tune. It was amazing [to see] seniors can sing better than the young ones. … Keep it up. Music is good for the soul.”

Karen received S$1,000 while Barbara took home S$500. To top it off, both also received a one-and-a-half-hour recording time in a music studio from Greenroom Suite. Other winer, Ronnie received S$300.

As everyone truly was a star as Irene Wee, board member of SACE and chair of the SGT Organising Committee, shared, the other performers deserve a mention. Tan Nee Chong, 66, usually sings slow songs but at this year’s SGT, he chose a fast number called “The young ones”. Sixty-one-year-old Nancy Ong sang an Anne Murray song called “You needed me” for a special friend she knows for four months.

Then, there was 58-year-old Lee Fong Fong who now calls Singapore her home after coming here from Hong Kong in 1994. Though she prefers to speak in Cantonese, her song was an English number called “Let me be there”. There was semi-retired Cheong Tuck Meng who is “past 60 years old” and a great admirer of actor Sean Connery. No surprises, he sang a song from the first Bond movie, “From Russia with love”. 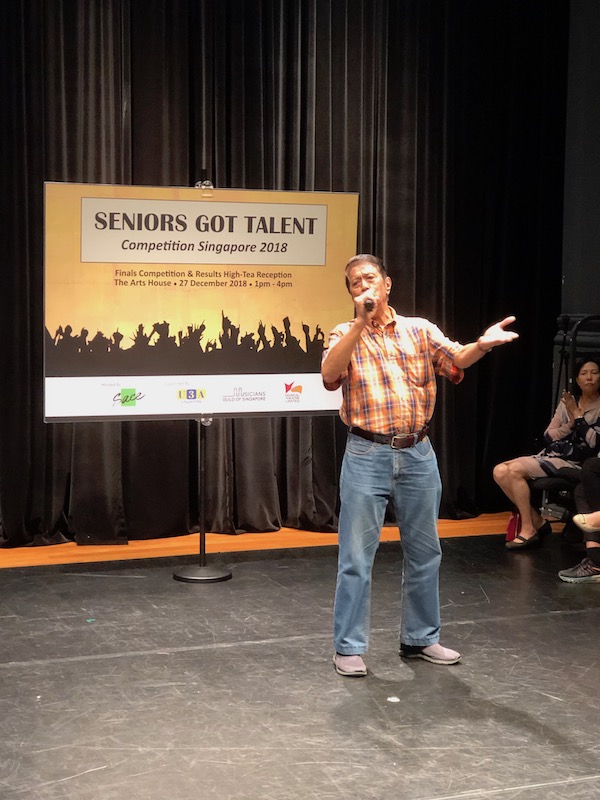 There was also 61-year-old Iris Lim, who retired a year ago. She loves singer-songwriter Bette Midler and chose one of her tunes called “In my life”. She wanted to sing a song that is often sang by men. Another performer, Colin Almodiel, 79, has been singing since he was a little boy, and loves country music so his song was “Lovesick blues” by Hank Williams. He shared that he regularly goes to karaoke and that this was his first time taking part in a competition. “Initially I was nervous but I got over it after a few bars. I had the urge to participate and wanted to see how well I would do.”

And finally, 70-year-old Joe Ow who also shared this was his first time competing. In his school days, the father of two revealed he had a passion for singing and would sing in the toilet and shower. He has two particular idols, his first being Elvis Presley but it was his second idol, Cliff Richard, whom he chose for his song in SGT called “When the girl in your arms”. To prepare for his stage debut, he practiced at home with the help of YouTube. Though he was very nervous, he said, “It was a good experience for me”.

SGT is open to those 50 and above, and not just to SACE members. SACE’s Irene explained the rationale of SGT, “Many of our seniors today are born in an impoverished era and burdened with work and family responsibilities, and have completely missed out on music in their lives.

“With greater lifespans and enjoying better health, it is not too late for them to catch up. Hence, SACE has initiated this project to encourage seniors to enrich their lives through music and music-related activities,” she shared. As each year it has gotten tougher as some of the performers shared, we were impressed with this year’s performances and can’t wait to see next year’s performances.