These noodles are ideal for seniors and diabetics. 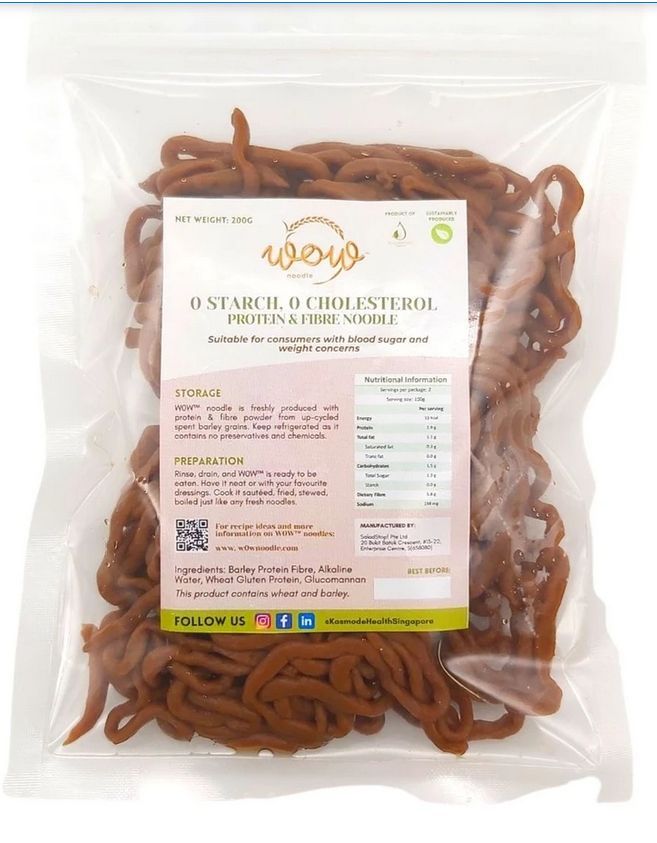 Food science and technology start-up KosmodeHealth has launched its W0W noodles, which are starchless and do not elevate blood sugar levels (glycemic response) after consumption. They are ideal for seniors and diabetics.

The noodles are the first functional food in the market with a zero glycemic response, while containing four grams of protein and six grams of fibre per 100 gram serving. They also contribute to the zero-waste movement, as these noodles are made from spent barley grains generated from the brewing and malt production industry. They have zero cholesterol as well as no preservatives or chemicals.

Unlike current “no carbohydrate” food, W0W noodles have a texture that is close to starchy noodles. They take on the flavours of the sauce or soup they are cooked in, making them ideal for use in a wide range of recipes.

KosmodeHealth is a spin-off company from the National University of Singapore (NUS).

** The W0W noodles are currently available at SaladStop!, which has created the W0W salad side bowl that can be ordered through SaladStop!’s online food delivery platform, Good Food Hood. It is also available as a 200-gram noodle pack (retailing at S$6.60) on Good Food People and CrowdFarmX.