Seniors with no musical experience were giving a chance to learn and show off their skills. 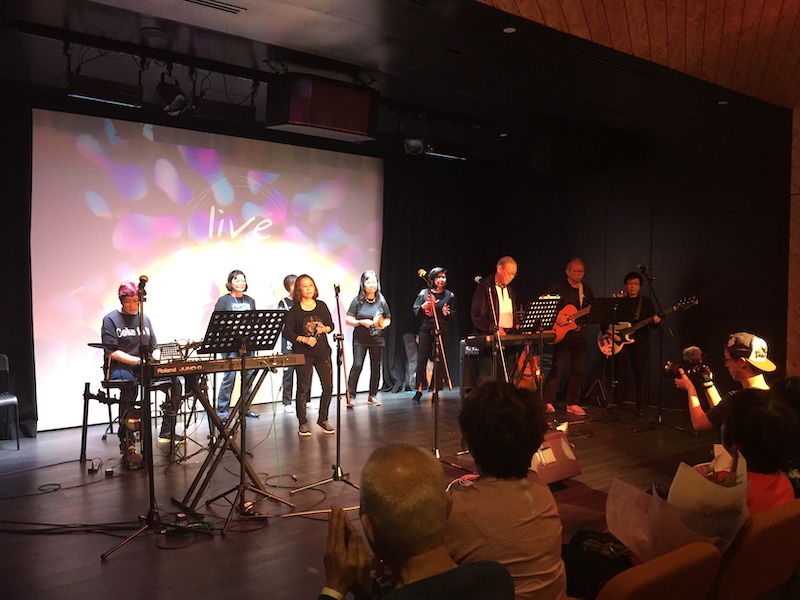 The seniors from TOUCH Community Services. Hui Kew Yeng who is playing the keyboard is the oldest in this “pop band”.

A group of seniors, aged 55 to 84 years, were rocking down the house before Christmas day, proving that age is no barrier. The seniors practiced for 20 weeks; many with no musical knowledge or experience. They came together in two separate groups to belt out a total of seven songs in both Chinese and English.

One group of seniors came from TOUCH Community Services, while the other came from Care Corner Singapore, joined by some seniors from the Bishan Community Club who were involved in the Gym Tonic programme, created in partnership with Lien Foundation. This performance is the Foundation’s effort to improve eldercare in creative ways, giving the seniors a chance to learn how to play various musical instruments and put their skills to the test in a Christmas performance.

Hui Kew Yeng, 82, learned how to play the keyboard. He is from TOUCH Community Services’ Community Enablement Project (CEP) in Ang Mo Kio, which enables frail older persons to age in familiar surroundings of their home and community. He is joined by a few other seniors from TOUCH Community Services’ exercise sessions in the “pop band”, which Kew Yeng is more than happy as he is then less anxious and in the company of familiar faces.

He shared, “I have no musical background and I have never heard the songs that we were supposed to play before, so it was really difficult in the beginning. Even getting the rhythm correct was a challenge. But the instructors were very patient with us. I hope that we can be supported to continue learning music. In the future, I hope to learn other instruments and play other songs.” 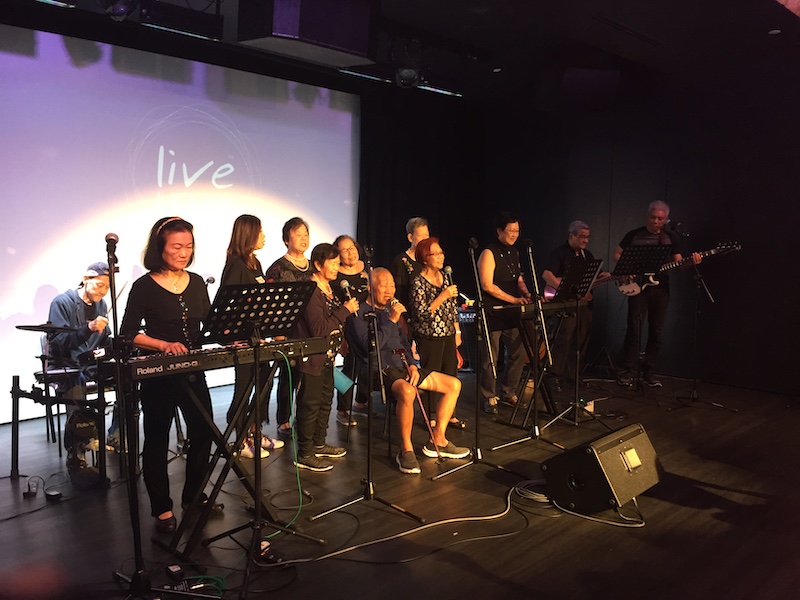 The seniors from Care Corner and Bishan CC’s Gym Tonic programme. Betty Tong is the third from the right playing the keyboard and singing, while Richard Soo is seated, singing.

Another senior from Care Corner, Betty Tong, in her 60s, agreed. She learned to play the keyboard and sang. “It was difficult for me initially even though I had some basic music knowledge as I had forgotten most of it. Despite our ages, we are all very young in spirit and eager to learn.” Her band has started a Whatsapp chat group and she hopes they all can continue to stay in touch.

And for another senior, a recent fall wasn’t going to stop him from coming and performing. Seventy-five-year-old Richard Soo even had to obtain a doctor’s approval just to make it on that day. He joined the Care Corner group and belted out popular songs like “You are My Sunshine” and “Feliz Navidad”, and brought smiles to the audience.