Dealing with ups & down

A Pioneer Generation member shares his two health issues and the lessons he learned from them. 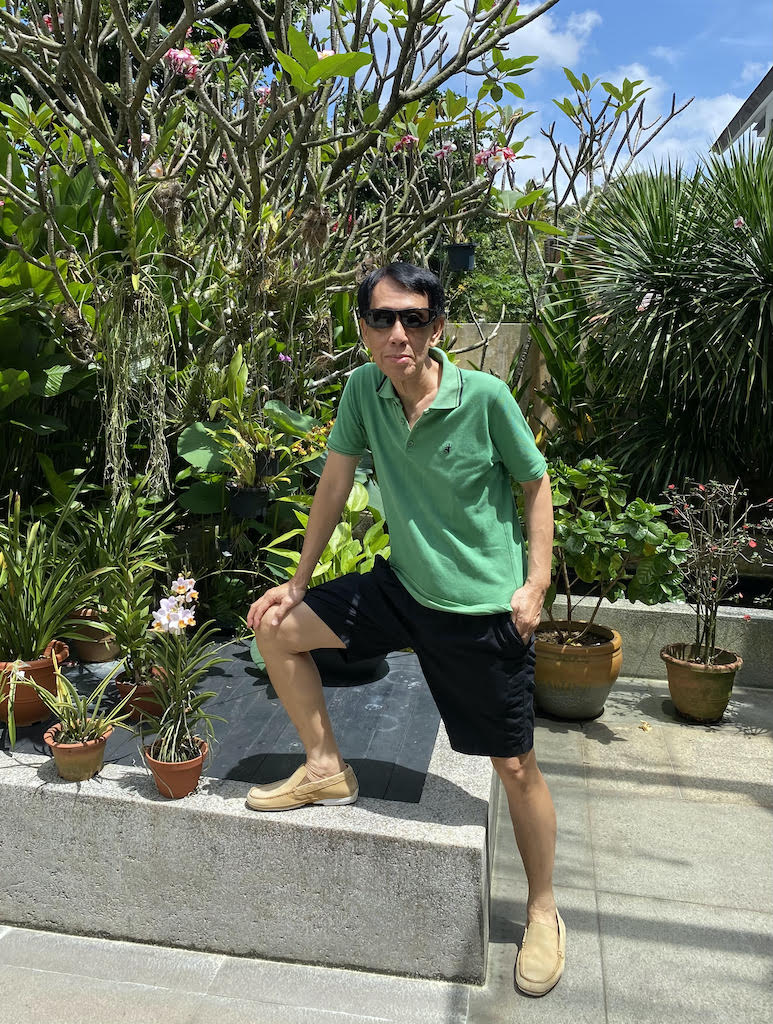 I confess that I am no health nut. I observe no fancy diet and generally eat what I please. I have been fortunate to be blessed with a slim profile though, and for the last few decades, my weight has stayed within the 60 to 62kg range. My friends comment that I am too skinny for someone who is 1.7m tall.

I had always been the sporty-type. When I was a teenager, I played badminton daily. From badminton, I graduated to competitive squash when I entered the job market. To participate in the Singapore Squash Rackets Association C grade league meant putting in many hours of rigorous training and playing many competitive games. I was very fit and along the way collected many trophies including being the champion at my workplaces including Singapore Airlines and United Overseas Bank.

However, being slim and fit did not exclude me from health issues. During one intensive rally on the squash court, I started to experience the onset of a blackout. Later I arranged to see a doctor but prior to my scheduled appointment, I went for a jog, believing that a run was not as strenuous as a squash game. At the end of the jog, I could hardly breathe and I seriously thought I was going to collapse.

So, at the age of 36, I spent a week in hospital where a series of tests yielded no conclusive results. Mind you, throughout my stay, my pulse rate was 58. The doctors put it down to stress. Fortunately for me, I decided to give up competitive squash and opted for jogging at a moderate pace.

Some 20 years later, the mystery of the “blackout” incident was solved. My client, a well-known cardiologist, had introduced computerised tomography (CT) scanning in Singapore and I was doing publicity for him. He performed a CT scan on me and that’s when I discovered I had four plaque blockages, ranging from 48 to 64 percent on the main artery. Since I was not in a life-threatening situation, he prescribed statins and advised me to eat more healthily. Frankly, I had adopted some good practices since the age of 30. I had ceased putting sugar cubes in my tea. I avoided soft drinks and removed layers of fat from my meat before consumption.

The takeaway from this episode is to watch what you eat. We should have done that when we were younger. When I was growing up and entering adulthood, my diet featured a lot of fried stuff and processed foods like sausages, ham, bacon and savoury snacks. However, all that has changed.

Every month, when I look at my power supply utility bill, I note that my household gas usage is in the highest range compared to my neighbourhood and the national average. In our household, we cook often and eat healthy meals while at home, mostly steamed dishes with fish and vegetables as the common staples. I am not a regular patron at hawker centres but that does not mean I do not indulge in the occasional laksa or fried carrot cake.

Even though my heart condition had not deteriorated, my cardiologist decided to insert a drug-eluting stent, for peace of mind, one-and-a-half years later after the CT scan.

The second health issue came much later. In February 2019, while holidaying in a nearby country, my back took a battering while sitting in a minivan. Sitting stiffly for hours as the van took our party to tourist attractions and back to our accommodation, my poor back took a beating as the vehicle careened from right to left over far from ideal road conditions. At the end of the trip, I felt very sick and I could hardly walk or bend without enduring much discomfort.

The pain went away after a week of rest and constant massage. Five months later, one morning I woke up with a severe backache and a needling pain that ran from the right back side down past the rear of the knee to the ankle.

An X-ray at the hospital indicated a case of a minor slipped disc. Luckily no surgery was required. I underwent several physiotherapist and acupuncture sessions and was instructed to take Vitamin B daily. The pain was intolerable. I could not walk 50 metres without having to pause and massage my knee and ankle before resuming. I had no choice but to forego my brisk walking exercises.

One of the physiotherapy routines that I observed diligently was cycling which I did on a stationary bicycle. Cycling strengthens the back muscles which has a positive impact on the nerves running down the legs. After six months, I was able to resume my brisk walks which in turn contributed to my recovery.

The takeaway from this episode was that I had not been exercising as often when I switched to walking, and I had been sitting more than moving about. Because of the COVID-19 restrictions, I was able to step up my exercise routine. On average, I now exercise five days a week – a combination of hourly walks on the Park Connector Network (PCN) and cycling on the stationary bike for 30 to 45 minutes.

What I am today physically is nothing extraordinary. Many of you may be in the pink of health or in far better shape than me. I don’t wish to advocate what you should do or otherwise. You may have your own lifestyle routine to stay in shape. All I can share from experience is to eat wisely and exercise, especially walking regularly.

Yap Boh Tiong is a member of the Pioneer Generation. He is a non-smoker and a teetotaller. While many of his peers have retired, he is still working, running his own consultancy which has operations regionally. He travels widely and loves fine dining.